It is Not for You to Know the Times or Seasons

I've an almost five decade old habit of reading the Bible through at least once in a year. Two days ago as I started the book of Acts, this verse suddenly jumped out at me - waving its arms and legs!
Okay - slight poetic licence there, but you know what I mean! Although I’ve read it more than 50 times before, it suddenly stood out and grabbed me.
In light of the climate emergency debate that’s rattling around the planet in all forms of media it’s very, very pertinent!
Verse before shows the disciples still hadn’t caught up with all that was happening around them, v. 6.
(a bit like many of us!)
"When they therefore were come together, they asked of him, saying, Lord, wilt thou at this time restore again the kingdom to Israel?" 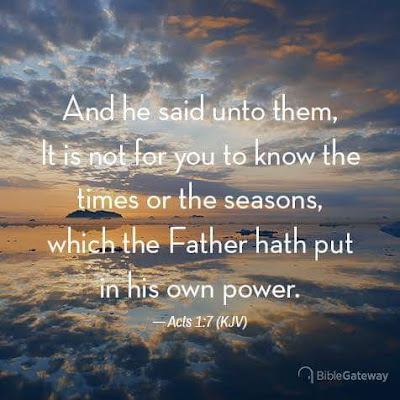 Acts 1 v 7.
“And he (Jesus) said unto them,
It is not for you to know the times or the seasons,
which the Father hath put in His own power.”
Whoahhhh!
You mean, mankind has no control over the times and seasons .. over the planet’s weather?
I’m probably speaking to the converted here, you probably know this.
After all WHO is mankind to think he controls the weather?
What arrogance!
Co-incidentally, I found some very interesting info this past week.
The basic fact is that the climate change fear wagon was loaded up decades ago .. purpose?
To take world control by a created fear.
Sound like the devil?
One of my FB posts:

Climate change is man's invention of deception through United Nations leaders back in late 1960s (see above video. Also link here, released Oct 2019. Note: it's a non-Christian publisher, & I'm not greatly informed on this).
Some of its basic facts confirmed here: https://en.m.wikipedia.org/wiki/Club_of_Rome.
The video shared much more. Partly written underneath video:
" Global Warming is an illusion created for Global Governance. The earth has been cooling since 1998.
The climate change scam was created by the Club of Rome, founded by Maurice Strong and Rothschild, then Soros funded 33rd degree Freemason Al Gore to bring it to the public.

It's now being pushed by the United Nations, through the Pope's Agenda 2030 (link here), which every country has signed with the Paris Agreement. All of their numbers "proving" climate change are based on the UN's own Intergovernmental Panel on Climate Change (IPCC).

The IPCC has been exposed many times, and their numbers and statistics disproven by many top-scientists. The vast majority of top-scientists disagree with the Global Warming numbers of the IPCC.
Weather is NOT Climate.

Australian (S.A. upper house) Politician Ann Bressington (on link here) tells how Club of Rome and the UN plan to create a worldwide scam through inventing and promoting global warming and Agenda 21 link here (21 refers to 21st century and its UN aim is for sustainable development, ie control of nations by regulations from UN!) "
I googled earth cooling since 1998, and found this British Telegraph newspaper article link HERE.
The heading began, “There’s a Problem with Global Warming, it stopped in 1998.”
Although it’s dated 2006, it’s as if it was written today. It's really eye opening to see how a global warming crisis was chosen as the agenda for one world governmental control, so many decades ago! Even quoted as such by Gorbachev in 1990's.
Of course, I could find as many pages or sites saying the exact opposite, that the climate emergency  is real.
When it’s all said and done, it does not depend on my word, the Telegraph’s or your word.
It’s all down to God’s Word!
*****
We are in dire drought in Oz because of our arrogance, our great love of sin, worshipping at the altar of unbelief, our disobedience to God’s holy word, killing the unborn, or elderly or sick by euthanasia, pornography so rife, that many children are exposed to it at a shockingly young age..
No wonder the Lord has sealed up the heavens!
So what can I do, you do -
we who are *believers do?
The key 🔑 to EVERY DILEMMA IS PRAYER 🙏🏻
The more dire the dilemma, the stronger the need of spiritual warfare. I believe prayer with fasting has power as no other, it focuses one, prayer must be fervent to be effectual.
Elijah prayed after three years of no rain 🌧 and the heavens opened. 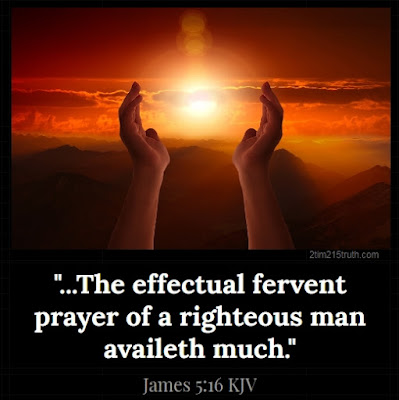 In Acts 1, the following verse holds the key to our dilemma.
Acts 1:8

"But ye shall receive power, after that the Holy Ghost is come upon you: and ye shall be witnesses unto me both in Jerusalem, and in all Judaea, and in Samaria, and unto the uttermost part of the earth."
The answer is the Holy Spirit of God, given to believers upon salvation, that we maybe true witnesses to all.
*****
Satan's power is limited. He can take his fear tool and wield it as he choses among the UN, the unbelieving world leaders and nations.
But God has NOT given us a spirit of fear. 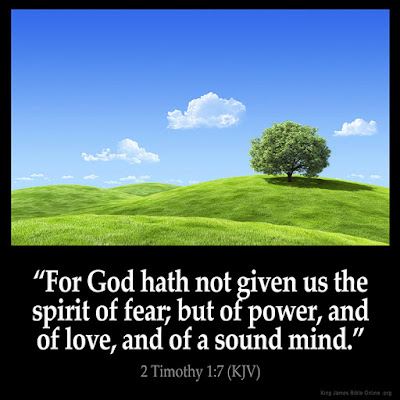 A spirit of Power, and Love and a Sound Mind!
Rest in that.
Pray, pray, and pray even more earnestly.
Witness.
Be the light in darkness.
Keep looking unto Jesus! 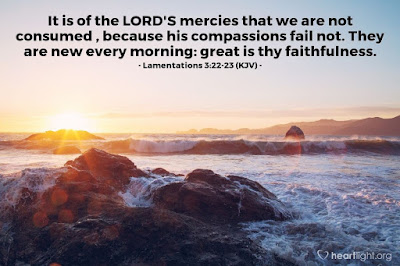 These words were written millennia ago by Jeremiah at a time of drought and famine.. a famine of hearing of the Word of Lord like today!
Revival needed then and NOW! Very apt.
We have a God Whose mercies are new every morning.
Let us look to Him.
This well known hymn was based on this passage of hope in the midst of deep trial.
May the Lord grant to Australia, and nations across this planet, the gift of the Spirit of repentance! That sinners repent and call upon the Lord Jesus Christ alone, oh that spiritual REVIVAL may come!

May we as believers across this land may do as this commands:
If my people, which are called by my name, shall humble themselves, and pray, and seek my face, and turn from their wicked ways;
then will I hear from heaven, and will forgive their sin, and will heal their land.
2 Chronicles 7:14

Heal, please, O Father, in Jesus' Name we ask that Thy great mercy and grace will be poured out and that You will heal this land!

Lord bless you all dear ones, keep you in all your ways and  days.
Shaz in Oz.x

**if you don't know for sure that you have a heavenly home, please read this post here, Who or What is a Christian? Please, please make sure today! Don't  miss heaven by 18 inches!
PPS. Apologies for long post.
One more thing - I do believe in our potential to cause damage to our environment. We are bound by God's word to be wise stewards, or to use an old oft quoted proverb:
"Waste not,  want not"
Thus I do believe development should be wise and sustainable.
But not by the control of UN and world power.
Posted by ShazInOzCardsCalligraphy at 21:40

Thank you for sharing this truth with your readers! Your article is powerful and I agree totally! Climate change is simply a global control plot! Praying that many people will read what you've shared and begin praying for a world-wide revival. I live in the US and when I pray for revival for our nation, I envision a thick net, saturated with the Holy Spirit, being spread out over every area of our country. The Lord is so merciful .... how we need to repent and turn back to Him! May the Lord send abundant refreshing rain in answer to your prayers and fasting!

Thank you Shaz, this is so timely - and I have heard from other sources that global warming is a myth, and your well researched and linked article certainly corroborates it.
Blessings
Maxine

Amen and Amen my dear Shaz. We had a prayer meeting tonight at church. We have one every month and send reminders to all members. It is announced from the pulpit every week. Do you know how many people showed up? 12. TWELVE!!! Out of an entire church. That shows me that people don't feel prayer is important or worth giving an hour or so once a month to meeting with other believers to pray for our city, our nation and the world. I is just so sad. I do believe exactly as you do on the climate. Thank you for bravely putting it out there.
May God bless you my dear friend. Satan trembles in fear when one or two are gathered in Jesus' name, raising our concerns and worship to the Lord. Let's continue to make him tremble. We are the elect and we are loved by the Most High God.
Blessings always,
Betsy

Such a powerful piece of writing, inspired by the Holy Spirit and a call to be serious in prayer. Recognising our own part to play, even if it is on the other side of the world, is key to acknowledging our TOTAL dependance on God. You know dear Sis how my heart has become colder in my walk with the Lord, yet even I have a deep sense of grief for what I have done to your country. It is true, global warming is a destructive myth from the enemy, let us unite in prayer, be it 2, 12 or millions!

I was just quoting 2 Chronicles 20:11 to the dear Lord in prayer this morning as I pondered such heavy things upon my heart. We must keep our eyes upon Him in these troubling times. Dear Lord, help us all. So nice to visit with you today, sweet sister. I apologize for being so long in responding to your email, but will do my best to answer soon. Many blessings to you.

So many need to repent and ask Gods forgiveness, I wish we knew God's timing and why he waits to answer prayers, but I always feel there is something he is trying to teach us through it all. 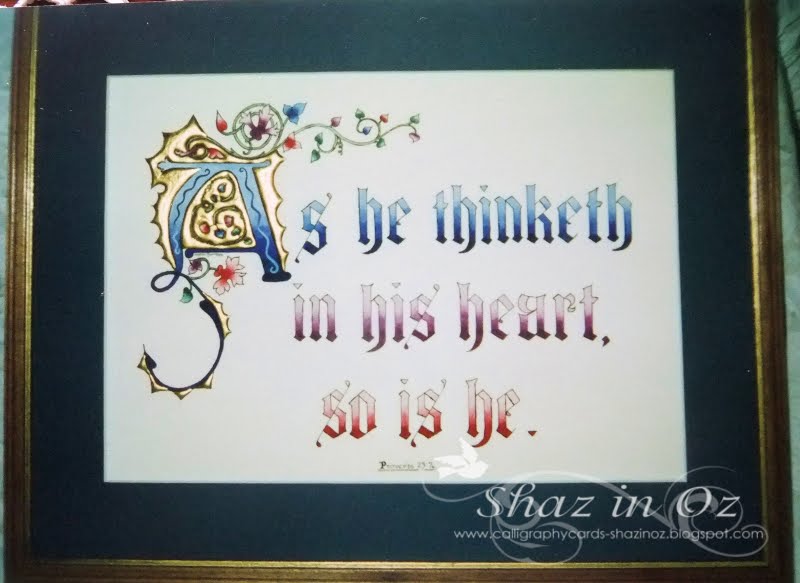 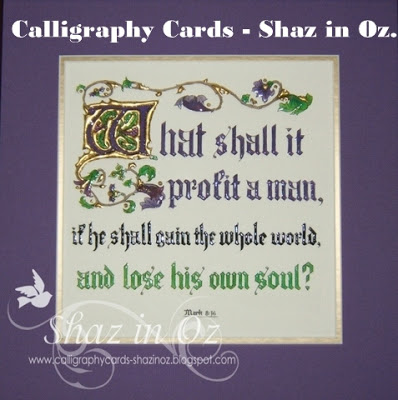